Anyone who has ever passed any of the major bridges in Lagos must have encountered open defecation in action. It is rampant. It should not be allowed to continue. It offends the senses. It pollutes the environment. It adversely affects human health. It should be stopped.

The United Nations Children’s Fund (UNICEF) says the rate of open defecation in Nigeria had remained steady at 23 per cent with an estimated 46 million Nigerians still defecating in the open. It is an eyesore that needs to be stopped.

States across the length and breadth of the country are ‘culprit’. UNICEF cites Kwara, Plateau and Ebonyi, as the states with the highest rates of open defecation, while Abia, Zamfara, and Akwa Ibom, have the lowest rates. We can do better. Each state must do more to curtail the menace.

In this day and age, unscrupulous landlords still build houses in suburbs and rural areas without a toilet. This must not be allowed to continue. Look at it this way, when some people in a community do not have safe toilets, everyone’s health is threatened. Poor sanitation contaminates drinking-water sources, rivers, beaches and food crops, spreading deadly diseases among the wider population.

The figures from the United Nations are scary. Globally, one in four people, 25 per cent of the population, use a drinking water source contaminated with faeces. This is about two billion people. This should scare each of us. For who knows, you might be in this number.

Every day, over 700 children under five years old die from diarrhoea linked to unsafe water, sanitation and poor hygiene. Open defecation is responsible for more sickness, more downtime and more deaths than we care to measure. It is not sustainable. It must be stopped. 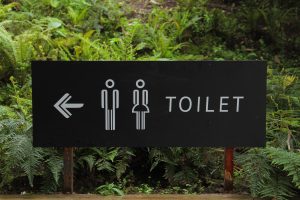 This is why each year, World Toilet Day, is hosted on 19 November. It is meant to highlight the importance of sanitation and hygiene in driving improvements in public health, gender equality, education, economic development and environmental protection.

This year’s theme ‘Valuing Toilets’, is germane. Appreciating the significance of toilets may be the fastest way to get governments and the private sector to build more toilets. The observance celebrates toilets and raises awareness of the 3.6 billion people living without access to safely managed sanitation.

Governments must see funds deployed in this direction as an investment. The private sector should channel more social initiatives in the direction. For years, Bill Gates has sponsored and supported initiatives and projects to make toilets widely available. Some of the solutions are truly promising. We may yet get something usable in the near future.

According to the UN, “For every $1 invested in basic sanitation up to $5 is returned in saved medical costs and increased productivity, and jobs are created along the entire service chain.”

This is how important it is to invest in toilets. It pays good returns that benefit the whole country and the economy. More work needs to be done. So clearly the advantages of investing in an adequate sanitation system are immense.

According to the latest WHO/UNICEF Joint Monitoring Programme (JMP) report, progress on sanitation and hygiene is badly off track. For the 3.6 billion people currently without safely managed sanitation, it’s clear there will be no sustainable future without toilets. Governments must work four times faster and ensure toilets for all by 2030. Sustainable Development Goal 6 is about “clean water and sanitation for all”

In commemorating World Toilet Day 2021, global bodies like WHO and UNICEF are calling on the government and their partners to urgently transform sanitation for better health, environments, economies and societies in the State of the world’s sanitation report. It is a call that must be taken seriously.

The National Assembly and State Houses of Assemblies must quickly begin to produce enabling legislation that compels landlords to build houses and offices with toilets, encourages governments to build and maintain toilets in public places and urges the private sector to support efforts in this regard until the problem is eradicated.

The UN says that for women and girls, toilets at home, school and at work help them fulfil their potential and play their full role in society, especially during menstruation and pregnancy.

President Muhammadu Buhari had, in November 2018, declared a state of emergency in the WASH sector and had also inaugurated a national campaign tagged, “Clean Nigeria: Use the Toilet” to jump-start the country’s journey to becoming open defecation-free by 2025. This is a step in the right direction. It now only needs to be followed up on, monitored and aggressively pursued.

Governments at all levels must rise to the challenge. Organisations thinking of social initiatives to support must look at sanitation; water and toilets. More, much more can be done in this space.

Undoubtedly, a clear commitment by the government to help the population move away from the practice of open defecation will quickly move things forward. The advantages are numerous.

Principally, it will enable and support better health outcomes for all, especially children.

It is time to value toilets.

Ufot, Oluwatosin, others for 2021 Brandcom Awards’ Hall of Fame

How consumer goods companies can accelerate their first-party data strategy

AI revolution in the digital age: What the PR industry must do to win the robot race